​Christopher Lubken graduated with his A.A from Northwest College in Powell, Wyoming, and earned his Bachelor of Music/Music Education and Master of Arts degrees at the University of Alaska Fairbanks in Fairbanks, Alaska.

For the past 17 years, he has taught band, jazz band, and steel drums at the high school level in both Wyoming (8 years) and Alaska (9 years).  He was named the University of Alaska Fairbanks outstanding music education student in 1997, and in 2005 was named to Band and Orchestra Magazine’s list of “50 Directors Who Make a Difference.”  Mr. Lubken has taught at the UAF Summer Music Academy, the Fairbanks Suzuki Institute, and the Fairbanks Summer Arts Festival.

In addition, he taught the UAF Steel Band as an adjunct faculty member for 3 years.  He is a past member of the UAF Wind Ensemble, UAF Jazz Band, UAF Steel Drum Ensemble, UAF Brass Quintet, The Fairbanks Symphony, and The Arctic Chamber Orchestra. Mr. Lubken was a member of the UAF Trumpet Ensemble that placed third in the nation at the National Trumpet Competition in 2002.

2015 Jazz Educator of the year 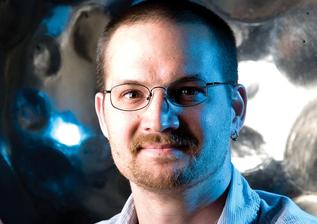