Gino Hernandez graduated from Cheyenne Central High School in 1989.  After high school, he attended Northwest College and received his Bachelor’s degree from the University of Wyoming in 1995.  He also earned his Master’s of Music Education in 2011 from Boston University.

Gino Hernandez has been teaching high school bands for the past 25 years.  His first 14 years were at Kingman High School in Arizona.  There, his bands received Excellent and Superior ratings at regional and state festivals. In 2006, he was also named Teacher of the Year at Kingman High School.

For the past 10 years, Mr. Hernandez has been teaching at Cheyenne South High School.  It has been his great pleasure to open a new school and start a band program from the beginning.  During his time spent at South High School, the marching, concert, jazz bands, and percussion ensembles have received Excellent and Superior ratings at festivals in Wyoming and Colorado. In 2016 Gino was named Jazz Educator of the Year and in 2018 he was given the Phi Beta Mu Outstanding Bandmaster Award.

2016 Jazz Educator of the year 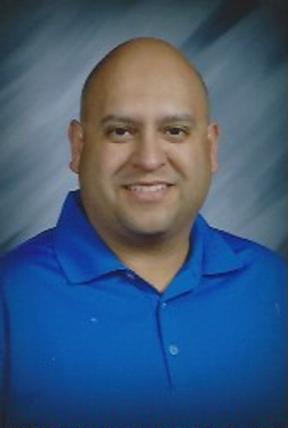